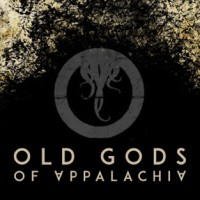 Before you judge us as backwards hillbillys or opiod-addicted rednecks take a minute to understand how we got here. I mean how we really got here. There are places in this world where humanity was never supposed to see. Walled in by mountains of burning block rock, isolated by a chocking canopy of poisoned flora. Woods where tooth, claw, and hunger still sit atop the foodchain, long before our kind set foot in these mountains. When the peats of the blue ridge towered above the stars in the heart of the plato still rolled with ridges tough as pine knobs, darkness was brought here.

Cages made of fear. Our tongue do not have the shape to speak true names of what they are. That's are, not were.

Old Gods of Appalachia's vocal performance, word choice, music, & subtle use of sound effects/voice acting creates a eery atmosphere for these ghost stories steeped in US history and a lovecraftian premise!